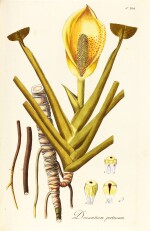 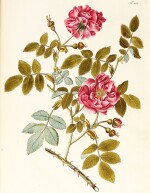 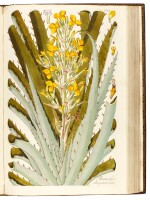 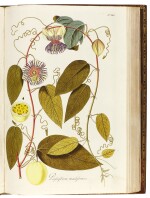 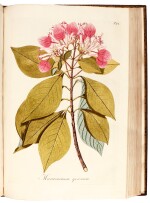 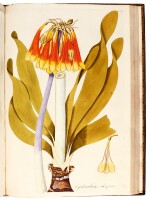 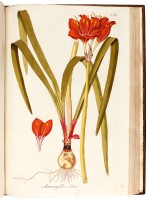 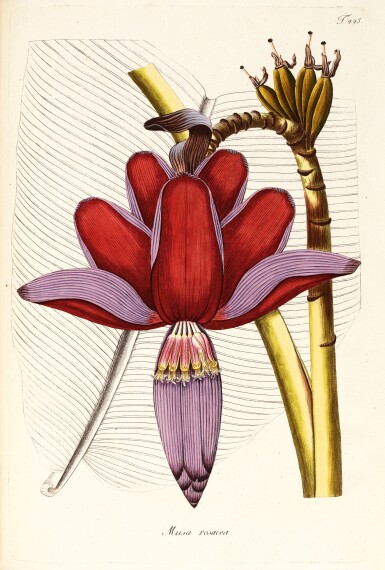 A FINE COPY OF THE RAREST AND MOST BEAUTIFUL OF JACQUIN’S BOTANICAL ICONOGRAPHIES.

Plantarum rariorum features all the rare and exotic plants grown in the Schönbrunn Botanical Garden in Vienna. Some of the specimens shown were collected by Jacquin in the Caribbean. Most of the plants shown are of South African origin. This was due to a tragedy that befell the tropical and subtropical plants in the royal greenhouses in 1780. A very harsh frost destroyed most of the plants and they had to be refilled. Two gardeners were entrusted with this task and sent to Mauritius and South Africa. Subsequently indigenous plants, bulbs, and seeds were regularly dispatched to Vienna. Georg Schall, who went to South Africa remained there for twelve years These new introductions account for the predominance of South African flora in Plantarum rariorum.

The highly finished plates are after Johann Scharf, Franz von Scheidel, and Martin Sedelmayer. Scharf died of tuberculosis in 1794, at the age of 29, having completed fewer than half of the drawings for this catalogue of the Schönbrunn gardens. After his death, the work was completed by the von Scheidel and by Sedelmayer, who had previously worked with Jacquin as a colourist.

RARE. Fewer than 200 copies were produced, of which this number 68. Only one other complete set has sold at auction in the past twenty-two years. Virtually all were reserved for presentation by the court of Francis II who, after founding the Austrian Empire and dissolving the Holy Roman Empire, later ruled as Francis I.